I got lost in the blizzard

I know. Bad blogger.
Excuse me while I flagellate myself with a skein of acrylic, mohair fuzzed eyelash yarn. Better yet, I'll knit up a skein and then spend the weekend unravelling it.
I've hit a couple of technical obstacles. Mainly, we didn't have an actual home until this November. We've been squatting/house sitting/couch surfing since we arrived in the Arctic in April.
Now that we have moved into our own place we don't have internet access in our new abode. We had to make the difficult decision of cable or internet. We could have had both but then we would have to live off of willow bark and fight the ravens for road kill. 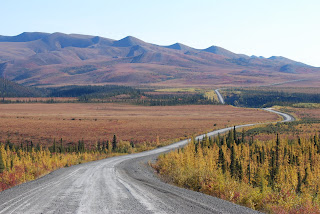 Secondly, I've spent much of my time out here this past fall. 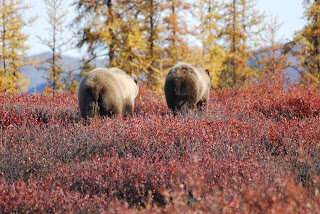 Playing paparazi to these guys. 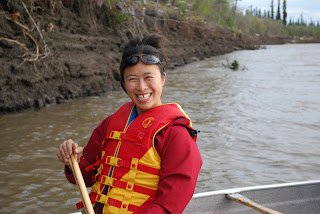 I also officially became a Canadian and learned how to canoe. 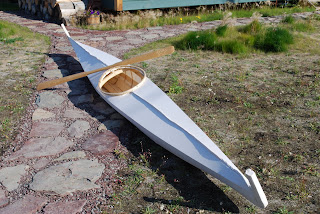 And over the summer, I helped DH build a Inuvialuit traditional qayaq! An largely 100 mile qayaq. He made it from a silver spruce pulled up from the East Channel of the Mackenzie River. The ribs are made from willow that town workers were clearing away. We were gifted local sinew. There's not a single nail in this craft. It's held together with dowels and sinew lashings and a few prayers. The whole kit and kaboodle was put together during the Great Northern Arts Festival this past summer. It was a blast!

But now the dark months have descended onto us. I've been spinning like a fiend and scheming like one too. I'll post up pics of my wooly endevours soon.

Now I have to hop over to Ravelry and read through the 80 some odd messages that have popped up while I've been gone.